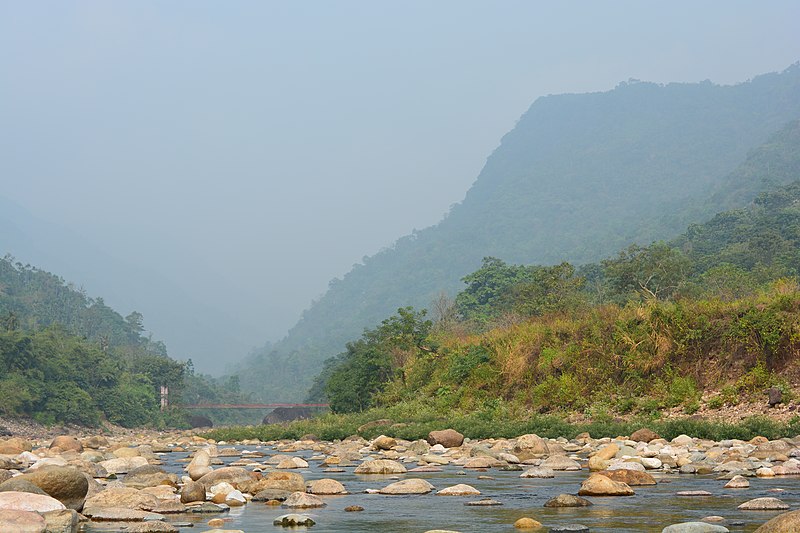 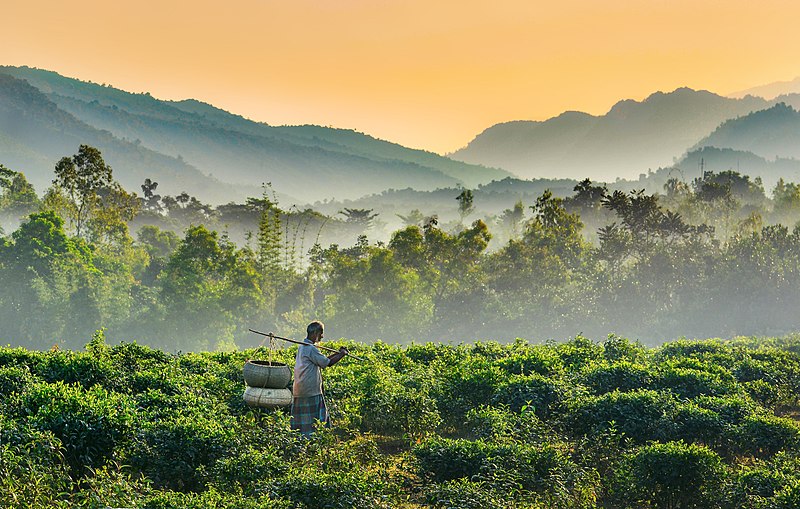 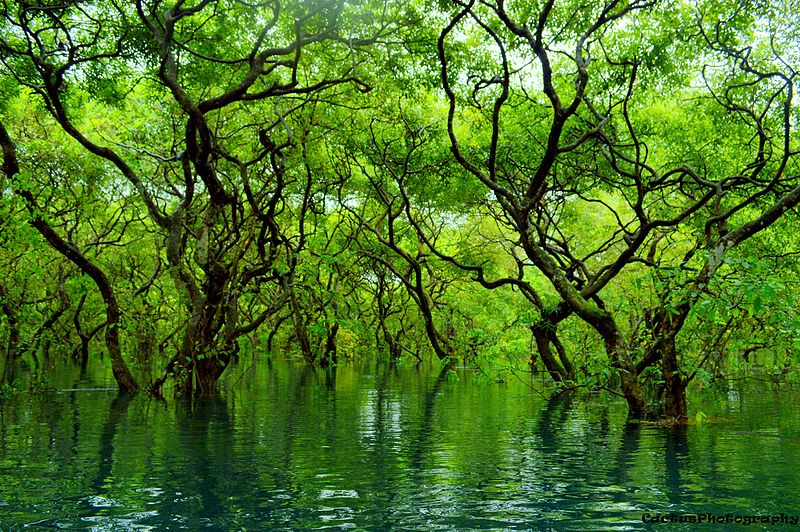 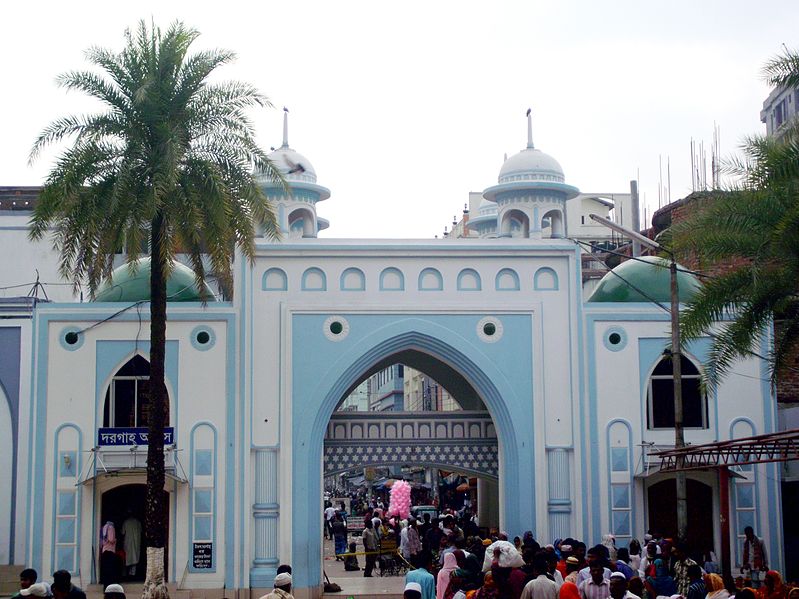 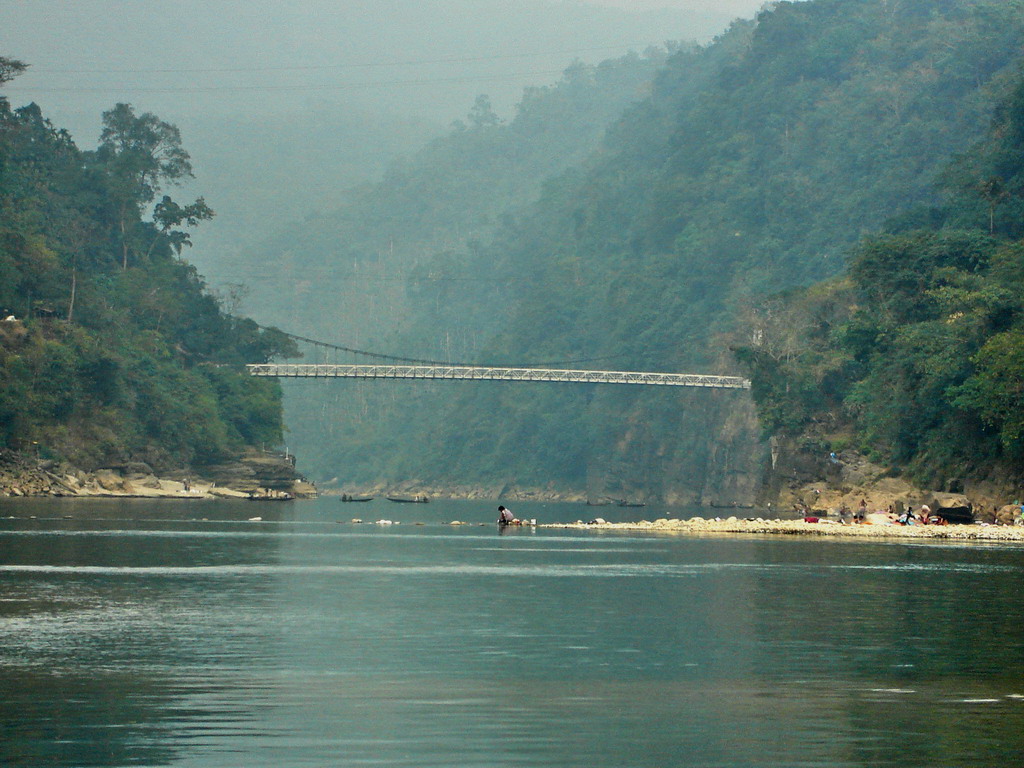 Nestled in the picturesque Surma Valley amidst scenic tea plantations and lush green tropical forests, greater Sylhet is a prime attraction for all tourists visiting Bangladesh. Sylhet has developed due to remittances from the expatriates living in Britain and America. Laying between the Khasia and the Jaintia hills on the north, and the Tripura hills on the south, Sylhet breaks the monotony of the flatness of this land by a multitude of terraced tea gardens, rolling countryside and the exotic flora and fauna. Here the thick tropical forests abound with many species of wildlife, spread their aroma around the typical hearth and homes of the Monipuri Tribal maidens famous for their dance.

The Sylhet Valley is formed by a beautiful, winding pair of rivers named the Surma and the Kushiara both of which are fed by innumerable hill streams from the north and the south. The valley has a good number of haors which are big natural depressions. During winter, these haors are vast stretches of green land, but in the rainy season, they turn into turbulent seas.

These haors provide a sanctuary to the millions of migratory birds who fly from Siberia across the Himalayas to avoid the severe cold there. Sylhet has also a very interesting and rich history, Before the conquest by the Muslims, it was ruled by local chieftains. In 1303, the great Saint Hazrat Shah Jalal came to Sylhet from Yemen with a band of 360 disciples to preach Islam and defeated the then Raja Gour Gobinda.

An interesting feature of Sylhet region is the aboriginal tribes such as the Tipperas, the Monipuris, Khasis, and Garos who still live in their primitive ways in the hills, practicing their age-old rites, rituals, customs, and traditions. During festivals such as Rash Leela (Full-moon night in February) and Doljatra, the attractive young girls dressed in colorful robes, dance with the male members of their choice & love. The Monipuris perform their famous dance, based on allegorical love themes of the ancient mythology.

Your journey will start by AC Bus towards Sylhet around 20:00-22:00 pm. Overnight Bus Journey.

After arrival at Sylhet, you will transfer to Hotel and after check-in and refreshment, will take your breakfast. Then you will proceed for Sylhet Sightseeing where you will visit: Sylhet Dargahs (Majar), Tamabil, Jaflong and Khasia Palli. You will be served your lunch at Jaflong. After evening back to Sylhet and Overnight stay with Dinner at Hotel, Sylhet.

After breakfast, you will proceed for a fantastic day trip for “Ratargul Swamp Forest” and famous “Bichanakandi” by boat and local transportations. Within evening you will be back to Sylhet City. After Dinner, you will catch your bus for return journey.

Within morning, you will be at your home with sweet memories of your holiday trip.