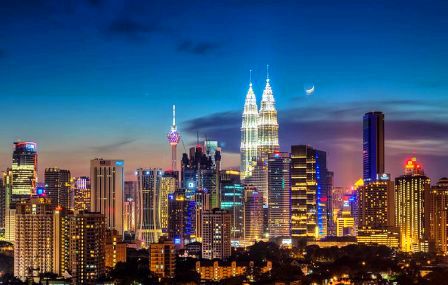 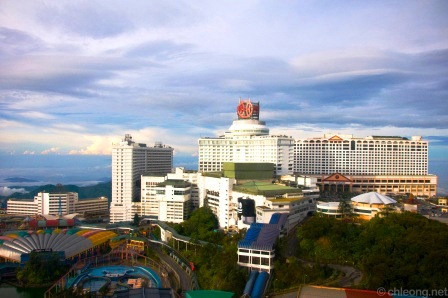 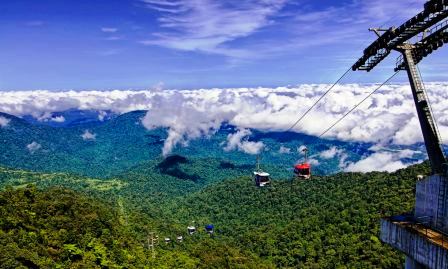 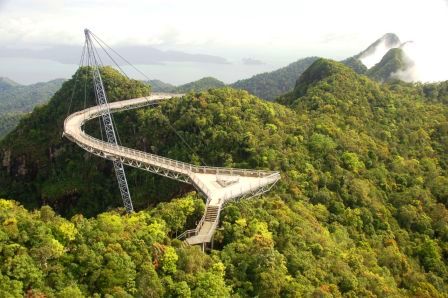 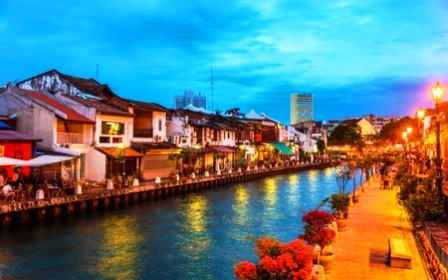 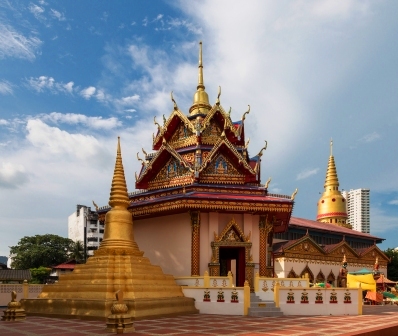 One of the significant characteristics of Malaysian culture is its celebration of various festivals and events. The year is filled with colourful, exhilarating and exciting activities. Some are religious and solemn but others are vibrant, joyous events. One interesting feature of the main festivals in Malaysia is the ‘open house’ custom. This is when Malaysians celebrating the festival invite friends and family to come by their homes for some traditional delicacies and fellowship.
Multicultural Malaysia celebrates a vast range of festivals, but the ones to look out for nationwide are Islamic holidays, most notably the fasting month of Ramadan. During its 29 or 30 days, Muslims refrain from eating, drinking and smoking from dawn to sunset. Not all Muslims follow the tradition, or sustain the full period or Ramadan fasting, but most do make a very serious effort. Pregnant, breast feeding or menstruating women are not expected to fast, nor are the elderly, the infirm, or travellers. Unless incapable those who do not fast during Ramadan are expected to catch up the missed days at a later time. People get up early before sunrise for a meal (sahur), and take off early to get back home in time to break fast (buka puasa) at sunset. At the end of the month is the festival of Eid ul-Fitr, known locally as Hari Raya Puasa or Aidilfitri, when many locals take one to two weeks off to ‘balik kampung’ or return to their home towns to meet family and friends. Accordingly, this is the one of the many times in a year when major cities like Kuala Lumpur has virtually no traffic congestions. Travelling around Malaysia is usually avoided by the locals. Another important festival is the Muslim festival of Eid ul-Adha, known locally as Hari Raya Haji or Aidiladha. It is during this festival that Muslims perform the Hajj or pilgrimage to Mecca. In local mosques, cows and lambs are donated by the faithful and sacrificed, after which the meat is distributed to all. Family reunions are also celebrated during other main festivals in the country. Locals usually put on traditional costumes and finery as these festivals are an integral feature of Malaysia society. Information about Complete Sightseeing Plan of Malaysia and Singapore.
During the month of Ramadan, non-muslims are expected to be courteous of those fasting. Non-Muslims, as well as Muslims travelling (musafir), are exempt from fasting but it is polite to refrain from eating or drinking in public. Public school systems also adhere to this occasion thus assisting non-muslims to refrain from eating in front of those who are practicing. Many restaurants close during the day and those that stay open maintain a low profile. Business travellers will notice that things move rather more slowly than usual. The upside for foreign travellers are the Ramadhan bazaars in every city and town, bustling with activity and bursting at the seams with great food. Hotels and restaurants also pull out all stops to put on massive spreads of food for fast-breaking feasts. During the month of Ramadan, fast-breaking meals are usually considered as grand feasts.
Other major holidays include Chinese New Year (around January/February), Deepavali or Diwali, the Hindu festival of lights (around October/November), the Buddhist holiday of Wesak (around May/June), and Christmas (25 December).
During Chinese New Year, Penang and Ipoh become the major cities as many local Chinese working and living in KL originated from there. However this situation is changing gradually, as more and more people are making Kuala Lumpur their home town. While visiting during such festivals, travellers will be able to experience many wonderful celebrations, but the downside is many ethnic shops/eateries will be closed. The best option is to visit during the period just after the first two days of the major festival (Hari Raya/Chinese New Year), when shops will open, and the festive mood has still not died down.
Another major celebration is Deepavali, celebrated by the Malaysian Hindus. Deepavali is the festival of light orignitaing from classical India and one of the main cultural celebration amongst Hindus. In Malaysia, locals practice this tradition by wearing new clothes and receiving token gifts of money. This practice has been adapted by all Malaysians without regards of the religion. The red packets or ang pow during Chinese New Year, green packets or ‘duit raya’ for Hari Raya Aidilfitri and multi-coloured packets during Deepavali. Some uniquely Malaysian festivals of note include the Harvest Festival at the end of May each year and the ‘Pesta Gawai’ in early June, both thanksgiving celebrations held in East Malaysia.
Thaipusam is a Hindu festival that falls in January or February and is one of the must-see events. The largest procession in the country takes place at Batu Caves, north of Kuala Lumpur. Male devotees carry decorated altars or kavadi up a flight of 272 steps towards the temple, all this while also having religious spears and hooks pierced through external surfaces of their bodies. The ability is attributed to divine intervention and religious fervor. Female devotees join the procession carrying pots of milk on their head instead.

Upon arrival, meet and greet with our driver and transfer to the hotel. After Check in hotel, you have free leisure time. Overnight stay at Kuala Lumpur.

After your morning breakfast at hotel, you will proceed for a full day long city tour sightseeing and shopping. The city tour is to see and explore the splendid of the historical monuments, sky kissing cosmopolitan structures, cultural and heritage places in Kuala Lampur. The mega city with all its composed features of both historical and modern cosmopolitan features leave an everlasting impression on you. There are many shopping places to discover for whole day such as Central Market, Chinatown, Little India etc. Then back to hotel. Overnight stay in Kuala Lumpur.

(Places to be covered in city tour:

Attn: entrance fee is not included in the tour package price.

After morning breakfast at the hotel, then continue visit to Genting Highlands. With en route stop in Batu Caves for one (1) hour, you’ll get the chance to see the tallest Lord Muruga statue in the world and experience climbing a steep flight of 272 steps to reach the base of the hill with cave temples and Hindu statues and paintings. After arrival at Genting, ride the cable car. Genting, otherwise known as Resorts World Genting, has the outdoor theme park and indoor theme park that offer tourists to enjoy fun-filled moments in the City of Entertainment. After that, back to Kuala Lumpur. Overnight stay in Kuala Lampur.

After breakfast, continue with day tour to Malacca. Travel back into the pass 600 years as you visit Malacca city. Visit St. Peter’s Church built in 1710, drive pass Bukit China and visit the gateway of the Portuguese fortress “A FoUSDosa” built in 1511. Climb St Paul Hill and visit the ruins of the church where St Francis Xavier was once buried. Stop at the Dutch Square with its pink colour building called Stadhuys. Nearby is Christchurch built in 1753. Visit the Cheng Hoon Teng Temple, the country’s oldest Chinese temple. Take a walk along Jonkers Street where you can buy antiques. You can go around on foot or trishaw exploring historical places of Malacca which includes the street of HaUSDony where you see: the oldest Chinese temple, mosque and Hindu Temple in Malaysia. After enjoying the “must-see” attractions. Back to Kuala Lampur. Overnight stay at Kuala Lampur Hotel.

After breakfast, proceed with Sunway Lagoon Water Theme Park Tour. Sunway Lagoon is a Malaysia’s Premier Theme Park and has become the most visited tourist destination. Sunway Lagoon has been separated into 5 major theme lands – Water Park, Amusement Park , Wildlife Park, Extreme Park & Scream Park, which each of it boasting their own exciting attractions. Find entertainment, adventure and excitement are all in one place. Back to hotel and then, free at own leisure.

After morning breakfast and check out from hotel, you will be transfered to airport for your return flight with a lot of sweet memories of this holiday trip.

Click for Per Person Price Chart of Different Group Size

Price Chart for Different Group Size are given below: